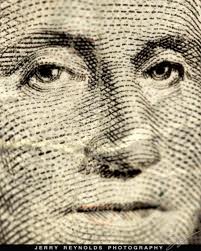 Ethnic culture saturated the night. As the band was setting up, I was warned to expect a large group. “I didn’t know the Hell’s Angels liked jazz.” “No, silly,” I was told, “don’t worry.” A half hour later, a dozen gentle-spirit Asians were seated at reserved tables. The jazz singer was belting out Nat King Cole’s “Straighten Up and Fly Right,” when the man dressed in full West African garb told me the educational system needs to be fixed. He’s a pedagogical researcher with 20 years spent on a new learning model that could straighten up the school system. We were discussing the pros and cons of the Whole Learning Model when the bartender gave me the look that I should get back to tending the door. We were on the cusp of figuring it all out too. The club continued to fill up with the whole rainbow  of humanity. As I was folding up the sidewalk for the night, I met a young couple. The woman was born in France and, as of last week, she became an official U.S. citizen. She had correctly answered the 100 questions required to pass go and collect her citizen papers. With her husband fondly rolling his eyes, she said “Do you know who wrote the United States Constitution?” I smiled, “Easy—a bunch of angry rebels, like me. A couple of them have their mug shots on the currency you probably have in your purse.”
Posted by Jeff Winke at 10:42 AM