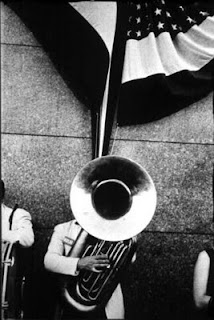 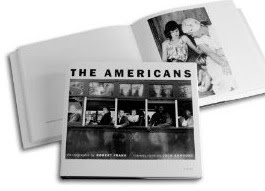 Somethings just go together. Peanutbutter and jelly. Knotty pine paneling in a fishing-lake bar. Bouffants on R&B singers. And Jack Kerouac’s introduction to 83 stark b/w photos (“lugubrious” Jack might say) shot by Robert Frank in 1955 / 1956 as he traveled the lower 48, bankrolled by a Guggenheim Foundation grant. The book: The Americans is a terrific arty, documentary commentary on mid-20th-century America.

I would have said the book is worth having for the Kerouac introduction alone—because it is so good….so….so Kerouac—until I reverently turned the pages, which is what one should do when viewing a collection of photos, drawings, or art and was delighted to remain in the desperate, yearnful, plain-is-the-new-god mood that Kerouac had expertly created in his introduction. Frank’s photos capture the everyday in all of its beauty. Many of the photos look like rejects from the envelope of prints eagerly picked up from the 1950’s or 1960’s photo lab where you have spinster Aunt Millie asking why did you waste film on this—they’re not even looking at the camera, or it’s a bunch of people at a funeral, or it’s a road at night.

Publishers Weekly nailed it: “Frank's images, taken all across the country, leave the viewer with a solemn impression of American life. From funerals to drug store cafeterias to parks, Frank recorded every shade of everyday life he encountered: the lower and upper classes, the living and dead, the hopeful and destitute, all the while experimenting with angle, focus and grain to increase impact.”
Posted by Jeff Winke at 10:49 AM No comments: 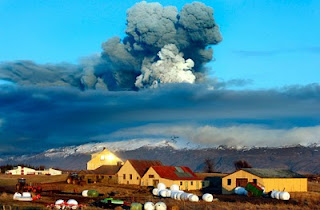 Dramatic photos shot by various observers of last week's eruption of Iceland's Eyjafjallajokull volcano have been collected. To see the online "gallery" click HERE.
Posted by Jeff Winke at 9:13 AM No comments: