How to be Happy

Did you know there is a sizable bunch of comic strips you can follow online? O.K. maybe you knew that already, but I didn't until now. I guess I assumed that with the demise of newspapers that comic strips had... I don't know, sort of faded away. The nice thing about being online is that one can click back to previous strips if the story line is lost. That feature is good for the deep thinker, as well as those with attention spans of a gnat.
Posted by Jeff Winke at 10:18 AM 1 comment: 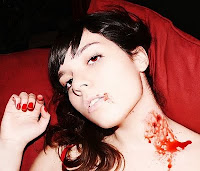 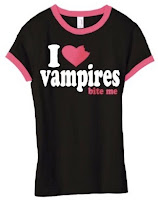 Vampires. What’s the allure? Is the female neck that ignored that the thought of a guy – albeit a dead guy – staring longing at a woman’s neck become that much of a turn on? Could the regular breath-out-breath-in living push vampires off the I-get-tingles-just-thinking-about-it list if only they paid more attention to the female neck? Imagine men bypassing the sensual female curves and bee-lining it to the neck. Would you hear guys crudely yelling to women: “Hey baby, show me some neck?” Would turtleneck shirts take on a whole new level of modesty? Would parking and necking take on new meaning? I’m clearly not understanding something that’s visceral and fundamental to women with respect to this whole yearning to be seduced and bitten by a vampire. Could someone please wipe this thick-tongue, duh? look off my face by explaining what I don’t get.
Posted by Jeff Winke at 5:51 PM No comments: 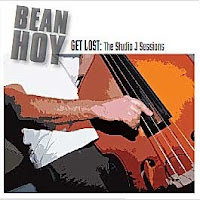 Your ears will thank you for Bean Hoy’s Get Lost: The Studio J Sessions. The music sounds like Mark Knopler of Dire Straits if he were dropped in the Caribbean with the mandate to record an album. What’s refreshing about the album are the song lyrics that are clever and learned. This is the third Bean Hoy CD and it features the current Milwaukee-based group lineup of bandleader Mike Starling with Jared Drake, Bob Mueller and Tom Plutshack. The first Bean Hoy CD is Boys Can't Be Trusted, features the La Crosse-based version of Bean Hoy and the second recording, Cool Music for a Big Dumb World, is mostly a Mike Starling solo effort. The Studio J in The Studio J Sessions refers to the band’s rehearsal space.
Posted by Jeff Winke at 5:34 PM 2 comments: